Hypbody may be the solution you’ve been searching for.YES! I want a solution!
As Featured On… 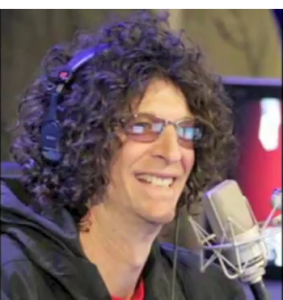 “I must get these (audios)!

Do you sell this for millions of dollars? Because I imagine I would have to pay that!”
– Howard Stern, Radio Personality & TV Celebrity

Hear more of Howard and Laurie talk about Hypbody

IMAGINE WHAT YOU COULD BE!

CLICK HERE and check out what past customers have to say about their experience with Hypbody!

I am Laurie Straub and have been a clinical hypnotherapist since 1995. I developed Hypbody over 20 years ago. At the time I was romantically involved with a man who I was hoping to develop a long term relationship, We enjoyed the same things and had similar careers. We understood each other. It seemed perfect!

The only problem was in the bedroom… and it wasn’t his fault. It just wasn’t fair. Because of his size, his penis would slip out of me when we had intercourse. I knew bedroom disappointment could never create a fulfilling relationship. I also thought that we could not be the only couple experiencing this.

Longing for measurable enhancement prompted me to create a natural penis enlargement system because I would never suggest dangerous penile surgery!

The only way that I could even imagine this would be possible was because my Hypnosis business partner and I were running hypnotherapy breast enlargement groups and having great success! We began with a trial research group to see if it was even possible. After most of the women began growing and started feeling much better about their bodies, I became curious if it would also work for men. We had discovered the medical aspects of this process and how hypnosis affects sexual organs and also reviewed medical testing of breast enlargement done by respected Universities and medical centers.

Will an extra inch change your life?

The Hypbody program is a 12-week audio series that you listen to for only 20-minutes per day. Some people see results in as little as five weeks, but 12 weeks is recommended for BEST results. And the best thing is, you can listen to the program while doing virtually anything except driving – in fact, some people even use it while they’re sleeping!

Use the Hypbody program while you relax, or at the gym, while commuting in the train or bus, taking a walk, doing errands and YES – even sleeping.

Have any questions how Hypbody works? CLICK HERE and check out the FAQ section.

When you use the Hypbody Male Enhancement Audio Program, it’s just like having Laurie right there with you. Her relaxing, soothing voice will gently guide you into a 20-minute mini-vacation everyday for 12 weeks until you reach the ultimate destination of a BIGGER, stronger penis, awesome sex and greater self-confidence! 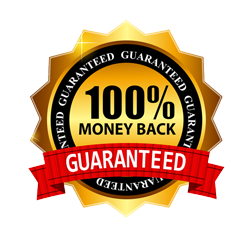 The Hypbody Male Enhancement Program is available for instant download for only $395 – this is less than what Laurie charges for a single Hypnosis session in her NYC office!

And the BEST PART is that there is a 100% Money Back Guarantee! We’re so sure that you’ll benefit from the Hypbody Male Enhancement Program that you can try the program for 100 days.

If you’re not completely satisfied, just let us know and you’ll receive 100% of your money back!

If Hypbody is not working as you wish, please contact me! This program works and you may need a listening ear and/or a simple demonstration of how much your mind truly affects your body.

Disclaimer: While hypnosis has many beneficial effects, hypnosis is not a substitute for appropriate medical attention. Statements and products offered here are not intended to diagnose, treat, cure, or prevent any disease or illness. When dealing with physical and/or mental illness or disease, always consult a qualified physician or therapist. Hypnosis recordings are not recommended for people suffering from mental disorders or illness. We do not take responsibility for events that occur during or after listening to this program. You may stay in an altered state of consciousness for a short period after listening to this program, but you will always come out of it. Do NOT listen to this program while driving or operating heavy machinery. Your results may vary from those predicted. Your use or reliance upon anything obtained, mentioned, and/or linked to on this website is your sole responsibility and you assume all risk in doing so, even if such risk may not be explicitly stated on this website.